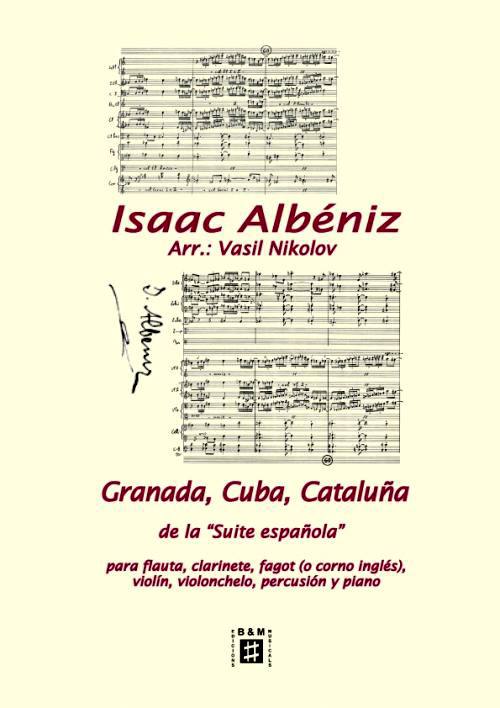 This is an arrangement for instrumental ensemble of the Spanish Suite for piano solo by Isaac Albéniz. The maestro Vasil Nikolov has distributed the themes and accompaniments eloquently, emphasizing the compositional richness of Albéniz. Nikolov takes advantage of the variety of character and timbre of each instrument, and invites us to savour the kaleidoscope of motifs that permeate the personality of each area described by Albéniz.