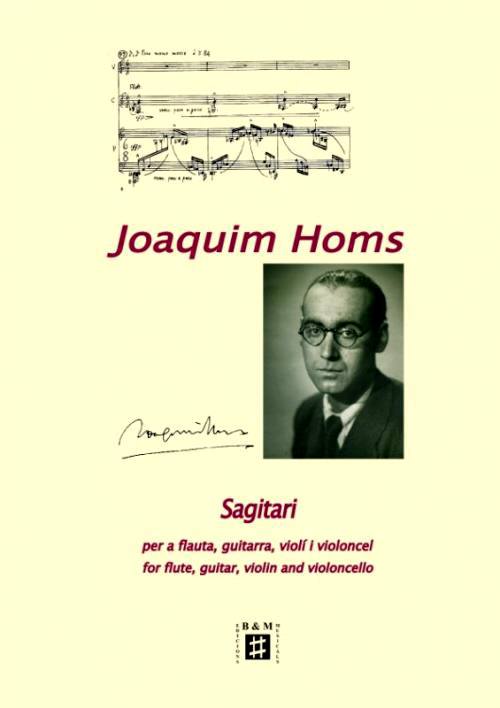 I composed this music for flute, violin, violoncello and guitar in 1976 in order to pay tribute to my teacher and friend, the composer Robert Gerhard, on a concert in his honour which took place at the Fundació Miró in Barcelona.

The title of this piece concerns my wife’s sign of the zodiac like Robert Gerhard himself did with his last chamber works (Gemini, Libra and Leo)

The musical plot of Sagitari is based on the rotation of the twelve sounds which constitute the succession of six fifths placed on a scale of entire tones.