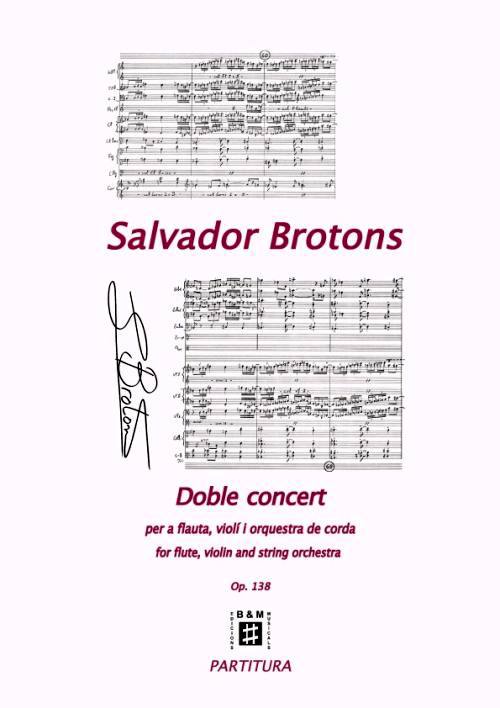 Conceived in three independent movements, the first seduces by its warm Mediterranean freshness. It was all written in a single week in El Port de la Selva. The dialogues between the two soloists are constant, with contrapuntal imitation, in a Sonata form without development. Its space is replaced by a Cadenza by the soloists. A changed re-exposition and a short Coda complete the movement.

The calm Andante is the slow and contemplative moment of the concert. The orchestra presents a harmonious and pleasant atmosphere over which the soloists sing varied, flowing melodies. In the central part, the orchestra shakes the tempo and the atmosphere tenses, provoking a contrast up to a small climax. After a moment of relaxation by the soloists, the music returns to its initial environment, losing itself in the high register. The last movement has a structure very similar to the first, but with more energy, tempo and virtuosity. Two contrasting themes are presented: the first, full of brilliant double tonguing in the flute and repeated notes on the violin, and the second of great lyricism presented by the violin and repeated later by the flute, full of new dialogues with the orchestra. A quite extensive new Cadenza in the middle of the movement, leads us to a changed and abbreviated re-exposition which ends with a spectacular conclusion. (Salvador Brotons)