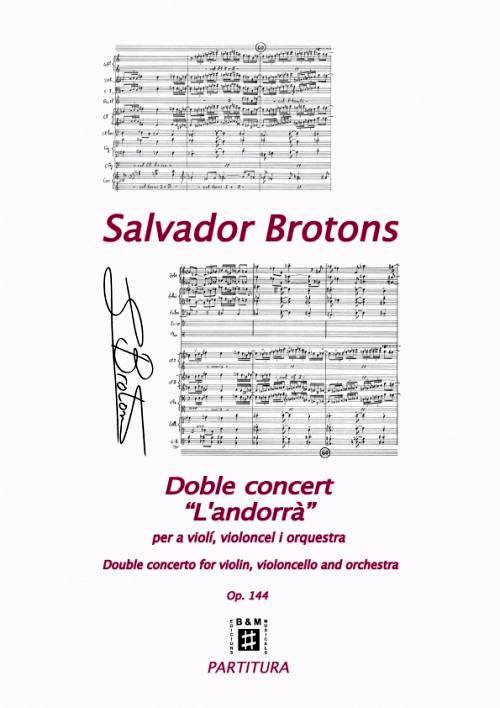 The Double concerto was written by commission of the ONCA Foundation (Government of Andorra and Fundació Crèdit Andorrà) in collaboration with the General Council of Andorra, on the occasion of the 25th anniversary of the ONCA and the Andorran Constitution (March 14, 1993).  Coinciding with the 50th anniversary of the professional career of the Claret brothers, the work was created for the two Andorran soloists. The Double concerto is conceived in four movements, the third of which is an extensive Cadenza for the soloists.