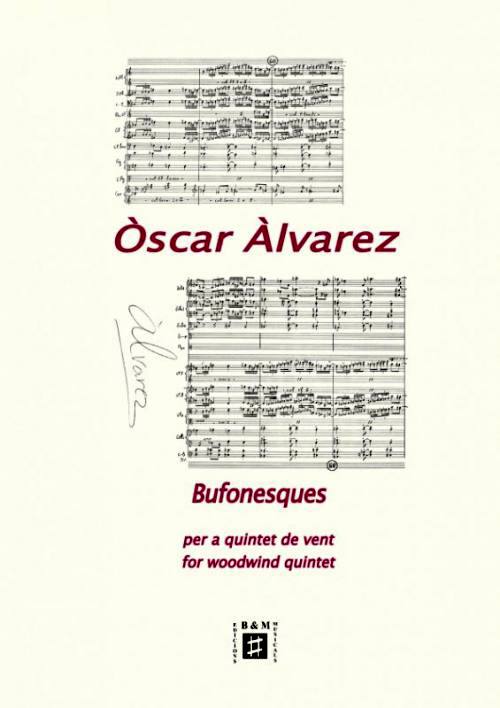 In Bufonesques, I have worked on the instrumental texture so that the cohesion of the group takes priority over the individuality of the instruments, through duplications, particularly in unison and octave, and other techniques. The individuality is clear because of the different specific characteristics of each wind instrument, while trying to simulate the togetherness of a string quartet, an ensemble with very similar instrumental characteristics which blend naturally.

The piece is divided into four very theatrical movements with a burlesque tone, exemplified in the character, in some of the resources and musical figures, through frullati, the instrumental laughter, accents, etc. which also seek to imitate the typical resources that were used by the medieval buffoons in their shows. (Òscar Àlvarez)