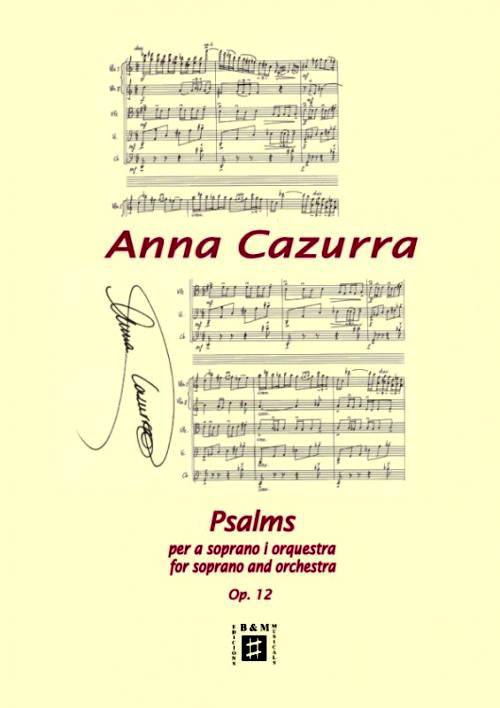 This composition presents two pieces for soprano and orchestra under the name Psalms based on two poems which, although about different subjects, both refer to the old concept of the canticle for a single voice, thus allowing the pieces to be performed independently or in the same concert. The first one, Babylonia, is based on the Romance of the psalm “Super flumina Babylonis”,  a delightful poem by San Juan de la Cruz, one of the greatest authors of the Spanish Golden Age. The second piece, Eclipse, is inspired by a poem of the composer.