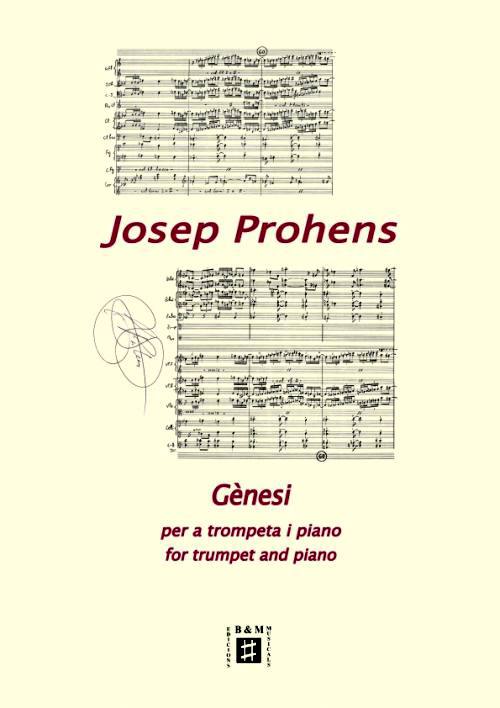 Work composer for the trumpetist Lluís González, premiered on 2002 in Alcúdia (Mallorca), and recorded on a 20th century Spanish music record for trumpet and piano.

Josep Prohens composed this piece for me in 2002, and it was premiered on July 7th of the same year in Alcúdia (Mallorca). Later, I decided to record a CD of Spanish Music of the 20th Century for trumpet and piano and included this piece without hesitation, as the musical quality of the work makes it an essential part of the repertoire. (Lluís González)