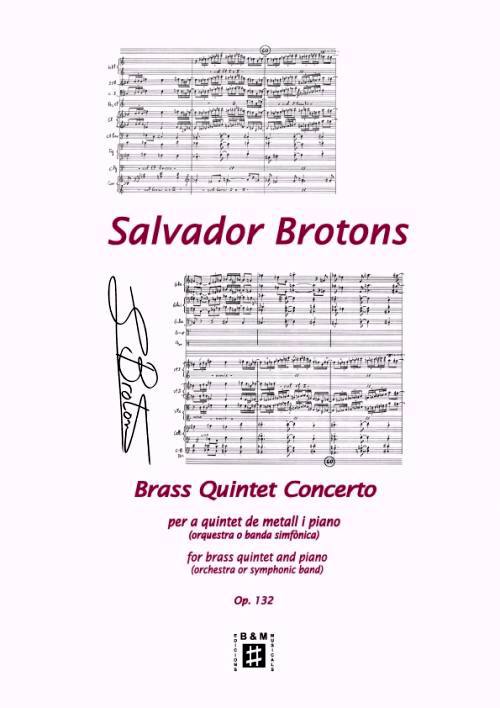 The concerto is divided into three contrasting movements. The first is in sonata form, replacing the Development section with a central part of 5 short cadenzas by the soloists, without breaking the continuity of the work. The whole first part consists of small themes which are presented and then developed. Each theme has its own personality (color and character) and is presented by different instruments. The recapitulation is very different in instrumentation, being almost like a variation. The tempo is fast with notable dialogues between the soloists and the piano-orchestra.

The second movement contrasts for its relaxed and harmonious tempo. The Sicilian rhythm brings contemplation and serenity to the main theme, introduced by the piano and then the trumpet. The trombone introduces a more rhythmically agitated second part second which, in its climax, takes us back to the theme brilliantly orchestrated. The music relaxes progressively and brings us back to the placid environment of the beginning, now played by the trombone with a “hamon” mute.

The last movement is a Presto with two very contrasting and easily detectable themes. The first, very fast and light, is highly virtuoso and is presented by the two trumpets alternately. The second theme is very lyrical and expansive, played by the horn within a very harmonic texture. In its repetition, here led by the piano, a first sound climax is reached. After a short development, there is a changed re-exposition that leads to a short Coda which is especially bright and fast.