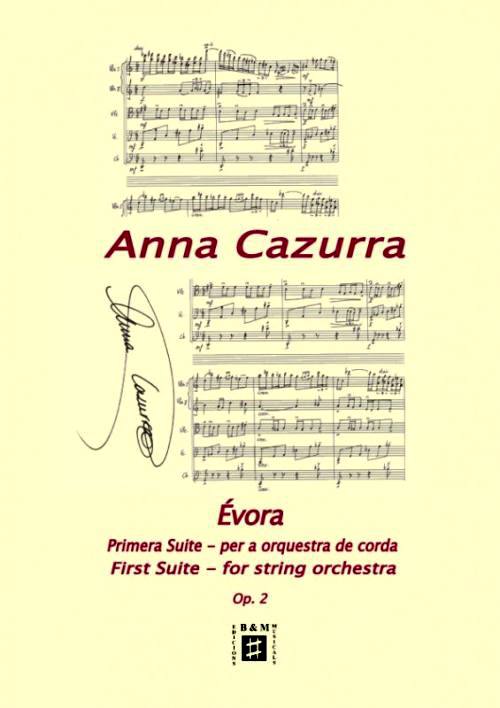 Évora, First Suite, for string orchestra takes us to one of the golden ages of the Portuguese city of Évora, when it was under Muslim rule, from the VIIIth to the XVth century. Arabic influence is present throughout the piece and becomes the unifying element of the three pictures in which the composition is divided. This work recreates a very original character of the melodies, rhythms and musical instruments of the tradition which fused Iberian and Arab cultures of the time, which I imagined during my visit to the Cidade.