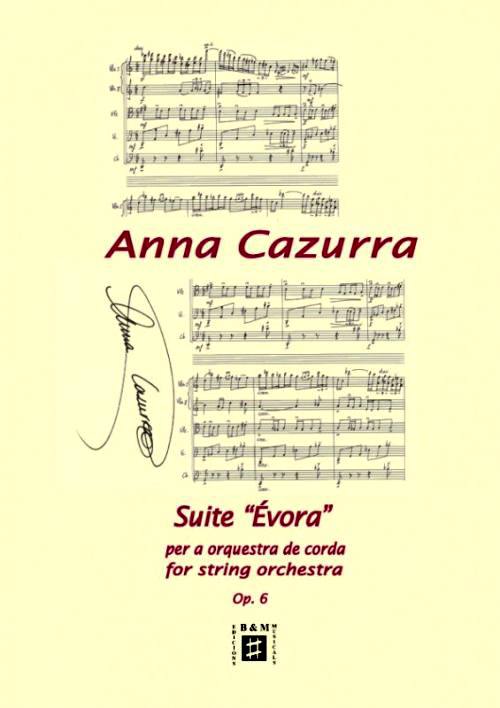 Suite Évora is the first of three Suites for string orchestra by Anna Cazurra, inspired in the Portuguese city of Évora.

Written during the summer of 2000, this work was premiered in Barcelona in November of the same year by the Orquestra de Cambra Catalana, conducted by Joan Pàmies. I adopted the name of this historical Portuguese city, Évora, for two reasons. First, for its musical character, and for the noticeable rhythmical sonority of the word ‘Évora’. Second, because in the past the city represented an example of the long coexistence between two cultures of contrasting traditions, the Christian and the Arab. I wanted to shape the result of this fusion between the Western tradition of cultured music and the marked personality of Arab music, in a context of varied resources and a special importance to rhythm.