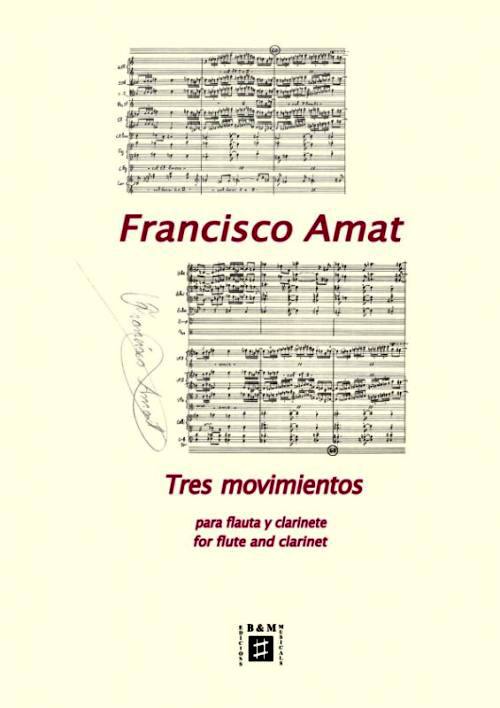 Three movements, for flute and clarinet

First Movement. This movement starts with a theme presented by the flute, which is answered by the clarinet. It is a moderato with a playful character, which progressively builds up to the culmination point at the end, after which it moves on to the second movement without interruption.

Third movement. This is an allegro in which there is a dialogue between the flute and the clarinet which leads to an expressive andante where the flute stands out. The following allegro prepares the theme of the first movement, leading into an allegro fogoso to end the movement.