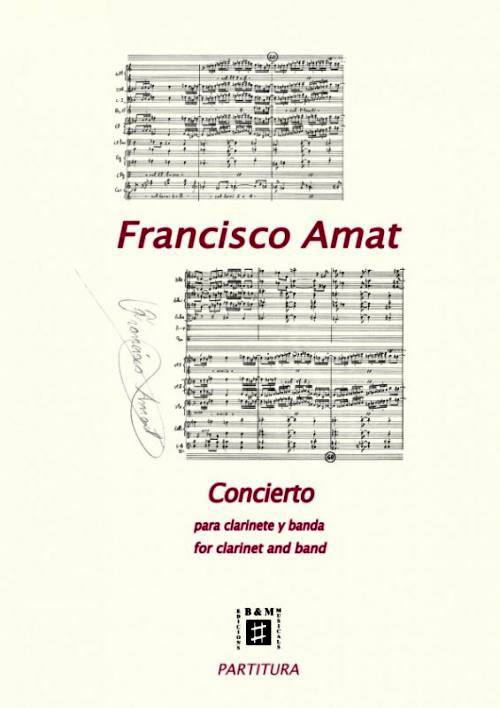 The first movement is an Allegro based on the seventh interval (minor-diminished) and the chords which are produced with it, using all the melodic resources to get to them. At the beginning, the motif is presented by the clarinet and throughout the movement it appears in different instruments as the main motif. In the central part, the clarinet presents the motif augmented, which appears later with the tutti of the band and returns, after the cadenza, to the initial theme.

The second movement is an Adagio espressivo which begins with the dominant seventh chord with the added sixth, presented in melodic form in the cadenza of the clarinet. This chord is the main figure of the theme which appears next, interpreted by the clarinet in various forms (contrary movement, diminution, etc.) and finishes with a reminder of the theme in pianissimo, fading until it disappears.

The third movement is an Allegro-Rondo which starts with a series of sixths presented by the tutti of the band, while the clarinet performs virtuoso passages which lead us to seek the developed seventh interval with which the concerto began. The central part is a rubato and graceful theme which brings us back to the initial theme, and the concerto closes with a clarinet cadenza.