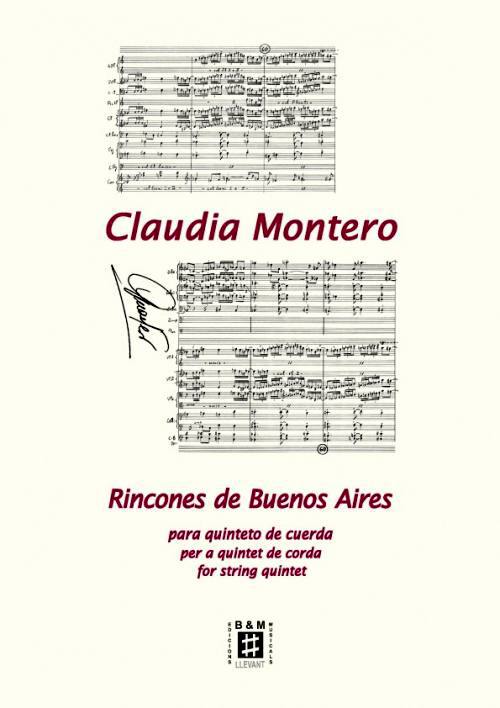 The Argentinian composer Claudia Montero, winner of the Grammy Latino 2014 and 2016 to the Best Classical Composition, presents this work in a Suite form inthree movements. The first movement, Plaza Francia, evokes a famous square in the city of Buenos Aires, a place for walking and reflection. The second movement is called Llueve Buenos Aires (Rain Buenos Aires), as it is the city itself that rains. The city comes to life and acts. Buenos Aires is a city of constant change. There are gloomy grey days where people take refuge in cafes to read, talk and think. The third movement, Microcentro 12.30 is a movement in counterpoint in which I have tried to reflect the spiraling movement of people in the city. I called it so because the Microcentro, where banks and administrative activities are concentrated, reflects its maximum movement at 12:30.