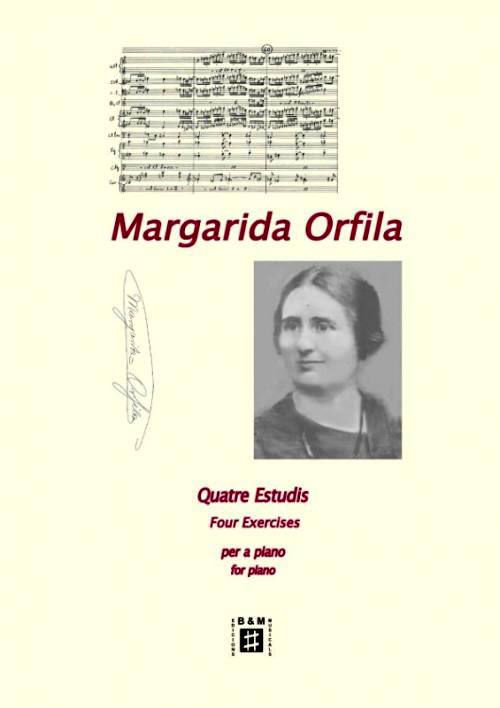 Margarida Orfilas’ music is inspired, well-structured and well prepared, with an unmistakable Catalan air and distinctive characteristics that give it its own personality. In short, her music transpires beauty, order and sincerity.

The Four Studies received the award for the best collection of piano pieces in the XII Concepció Rabell i Cibils, widow of Romaguera Competition in 1934. This prize was shared with Three Impromptus for piano by Xavier Montsalvatge. It is a mature work and is the last of the piano pieces Margarida Orfila wrote. It was premiered on March 24, 1935 by Margarida Alfonso Orfila, daughter of the composer, in the concert hall of the Municipal School of Music in Barcelona. As the motto announces, We study while thinking about our songs, Catalan popular melodies are present, such as Muntanyes regalades in Study II or Bon caçador in Study III. Here we have a work full of contrasts and multiple colours which far exceeds the strictly pedagogical function that its title suggests.