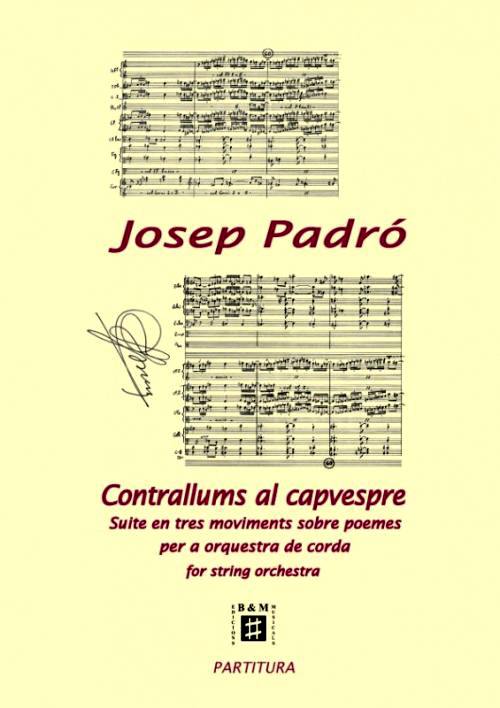 Suite in three movements, on poems, for string orchestra

This is a suite structured in three movements, based on poems of the same title. Com un xiprer contraclaror (Like a cypress in the back light) (Josep Junyent) is the first movement, of slow character. Changing landscapes appear, and references are made to both the sardana, and the evening. The second movement, El caminant (The walker), is based on a poem of the same title by Josep Padró. Framed within an initial and final unison which evokes the solitude of the walker, the path passes through different places which are reflected in the different forms that the same thematic material takes over a constant unchanging bass, which is the sonorous image of the determined walking. Les paraules (The words), based on a text by Salvador Espriu, is a new evocation of the sardana.