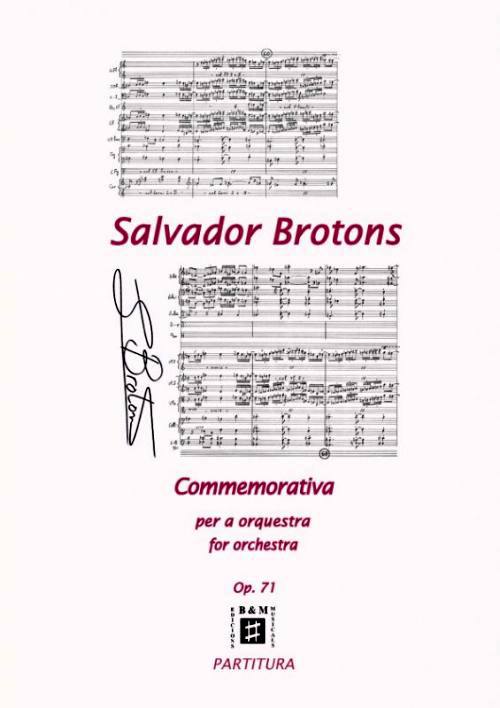 Commemorative was composed by commission of the Spanish Radio TV Orchestra to celebrate the 30th anniversary of its creation.

It was written during the months of March and April of 1995. The composer’s intention was to write a concise and exuberant piece of direct impact to pay tribute to its title. Right from the beginning, rhythmic-melodic motifs are presented within a brilliant, colourful and open orchestration; these traits appear throughout the piece as unifying elements. Hints of the most popular anniversary melody, “Happy Birthday”, appear in the soft pizzicati of the strings. Later, another anniversary melody “Feliz, feliz en tu día” is delicately presented by the brass. A subtle and varied development follows with very intense rhythm which progressively grows in intensity. The culmination comes with the entire presentation of “Happy Birthday” in the horns along with the rhythmic-melodic motifs presented before.
The two anniversary melodies are happily combined beneath a tonal harmonic tissue and a new majestic counterpoint which brings the work to finish in a sparkling instrumentation.