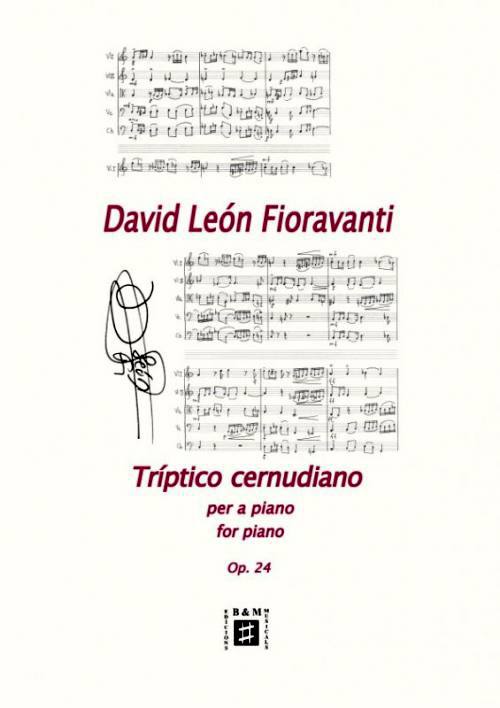 The three parts that form the triptych are inspired by three love poems by the poet Luis Cernuda.

The work Tríptico cernudiano (Triptych after poems by Cernuda) was composed during the winter of 2008 and is dedicated to my wife, Silvia Repilado. The three parts that form the triptych are inspired by three love poems by the poet Luis Cernuda, which describe different moods and temperaments of the lover. This subject is an infinite source of musical ideas full of expression. Intentionally, I have used a harmonic language and different pianistic textures with clear allusions to the sonorous world of Romanticism. The three pieces use the same thematic material which is transformed in order to adapt to the varying emotional states that the poems suggest.