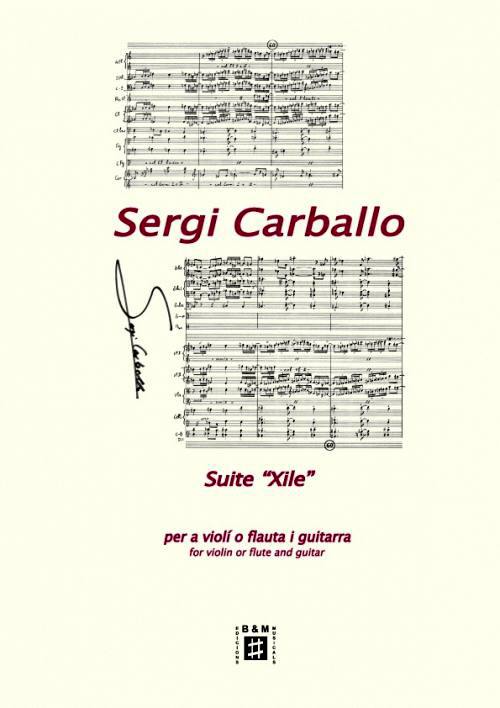 Violin or flute and guitar

This brief suite for violin or flute and guitar is based on themes sketched almost twenty years ago. Specifically, the second movement is based on one of my earliest compositions, when I had only studied guitar for four years. During all this time, these compositions had been forgotten in a corner of the house, without imagining that someday they might see the light. For this piece, I decided to add a melody that can be played by a flute or a violin, and I have completely rewritten the first and third movements. At the time I began to study guitar, I was an impulsive and obsessive teenager who, in his spare time, read and reread Pablo Neruda and other Latin American poets. The titles of the first and third movements are from this author. The title of the second movement comes from the speech that President Salvador Allende delivered on the radio just before being overthrown by the militia. (Sergi Carballo)