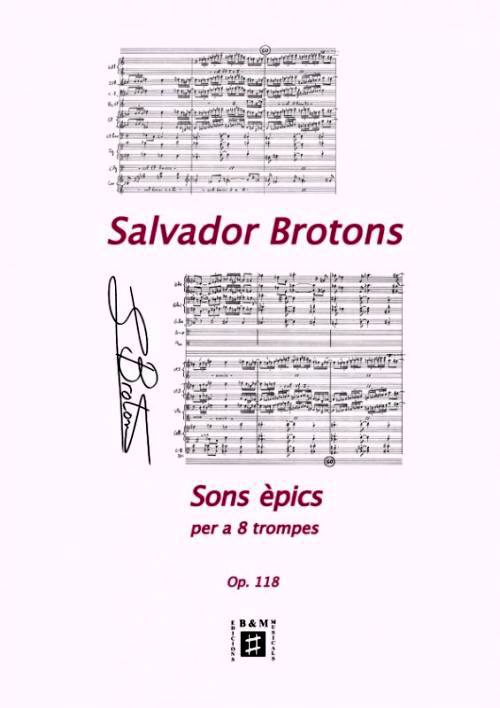 All the eight parts dialogue prominently, and are equally important with similar levels of difficulty.

This piece was composed in October 2010 by commission of the III Trobada de trompistes de l’Associació Catalana de Trompistes (third meeting of the Catalan French horn society). Although it is a mono-timbre piece, I have tried to look for the contrast extending the different registers of the French horn and playing with the characteristic effects and sounds of the instrument.

All the eight parts dialogue prominently, and are equally important with similar levels of difficulty. The piece starts with a short slow part where a far away melody is accompanied by bouché sounds. Without interruption, a faster section follows where warlike and violent fragments alternate with others which are more heroic and melodic.