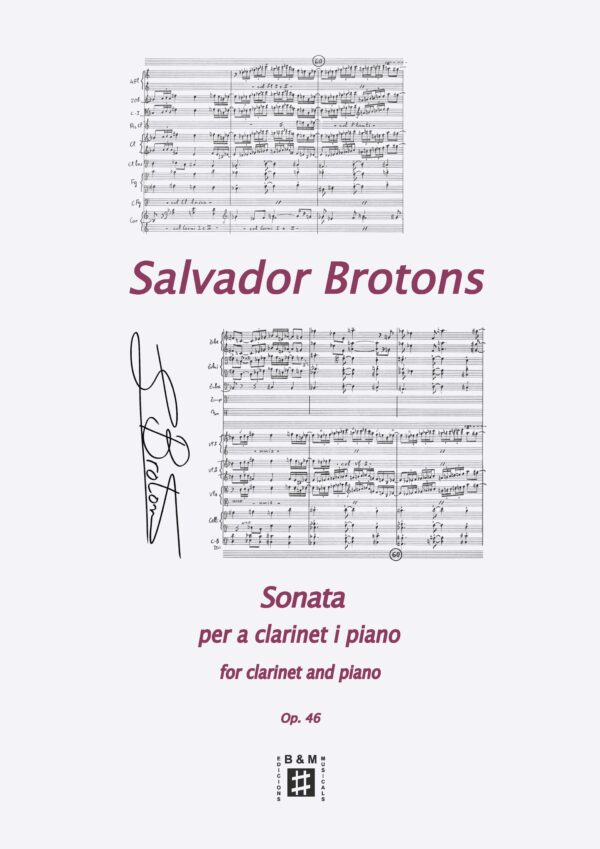 Digital files will be sent in pdf format once payment has been verified.
The score will have a watermark as an authorized copy.

This piece was composed during the spring of 1988. It has two movements, of which the first is in Sonata form. In the exposition, two themes are presented in the low register by the clarinet and the piano, respectively. Both themes are expressive, lyrical and gentle. Throughout the development section the rhythmic agitation increases, leading to the climax before the re-exposition occurs. A quiet Coda peacefully closes the movement. The second movement has two clearly differentiated parts. The first part is slow, static and very soft almost in its entirely, favouring the expressivity of the clarinet which, without vibrato, plays a contemplative recitative. The accompaniment is simple and repetitive. The second part is a fast, rhythmically complex Allegro. The Rondo theme stems from the recitative, but has a completely changed character. Incessant metre changes generate energy in a movement of great, intense concentration. After a relaxing cadence, we come to a Coda, which progressively grows in excitement until it reaches a brilliant end.