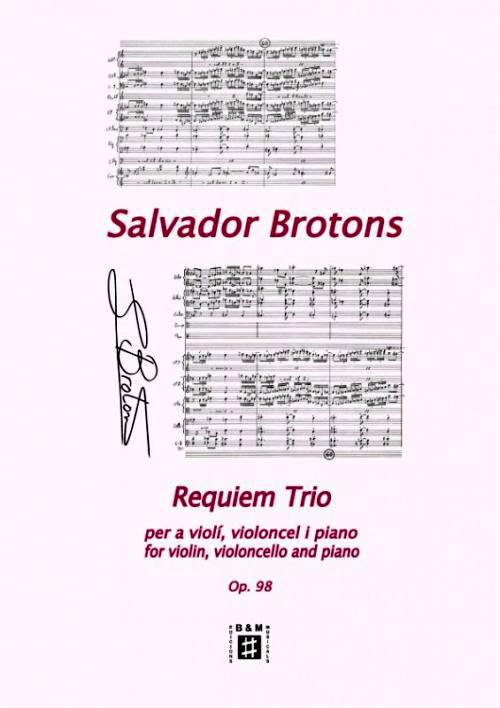 The Requiem Trio was commissioned by the New York based Damocles Trio, and was written during the Summer of 2004. When I was thinking about the message of this new Trio, the catastrophic images of the New York terrorist attack on September 11, 2001 came to mind. Therefore, this Trio is a tribute to the city of New York and to all the people that lost their lives on that tragic day.  The four movements bear the title of some of the parts of the Requiem mass.