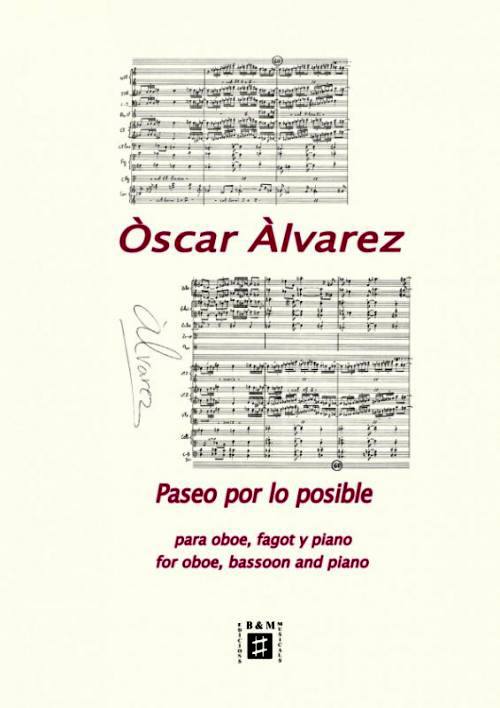 This trio was written during 2002 and revised at the beginning of 2010 for oboe, bassoon and piano. This ensemble has very particular timbre and expressive possibilities, and is also very attractive, to the point that it has become a standard group in the repertoire. The piece is conceived in one movement with three parts, following a sonata form in which the development section is replaced by a section with a new theme in slow tempo, thus emulating the three traditional movements (fast-slow-fast) of a concerto. The piano presents the main musical motif of the piece in the introduction and, in a recitative style, takes us into a dreamy world. In the exposition, the bassoon is introduced first, followed by the oboe. They are then joined by the piano, and relaxed dialogues take place throughout the section. The slow tempo is characterized by a nostalgic tone and by the presence of a great lyrism, suggesting a certain resemblance to the oriental misticism which leads to extasis. After this, the reexposition is presented and ends with a coda. This has a martial character and is a clear sign that the dream is turning into a nightmare, with a chaos of sounds from which only the oboe, with its intense repetitive high notes, can release us. The metallic notes of the bassoon and the wakeful tone of the oboe stand out.