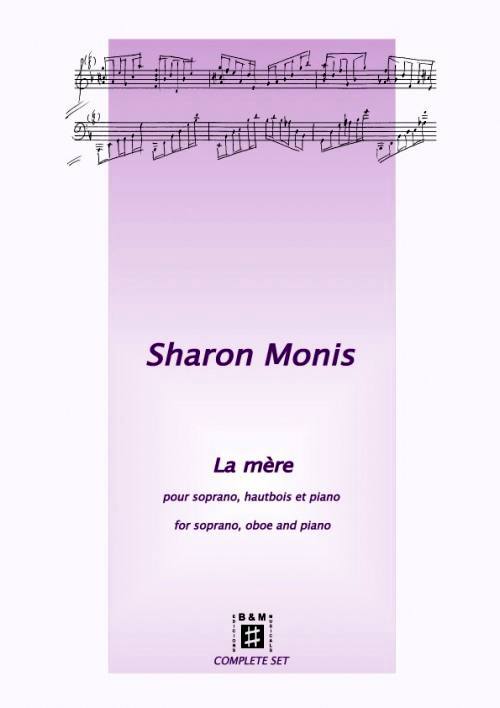 The text (in French) is based on the story of a woman during three stages of her life: childhood, youth and old age. The work is dedicated to Sharon Monis’ mother, Rachel.

There is also a version for soprano and piano

The text (in French) is based on woman´s life in three periods of her life: childhood, youth and oldness. The music makes the contrast between all three periods by changes of character and measures and dissonances inside undefined tonalities.

There are moments where the singer sings the text but also recites it.

The work has three movements: