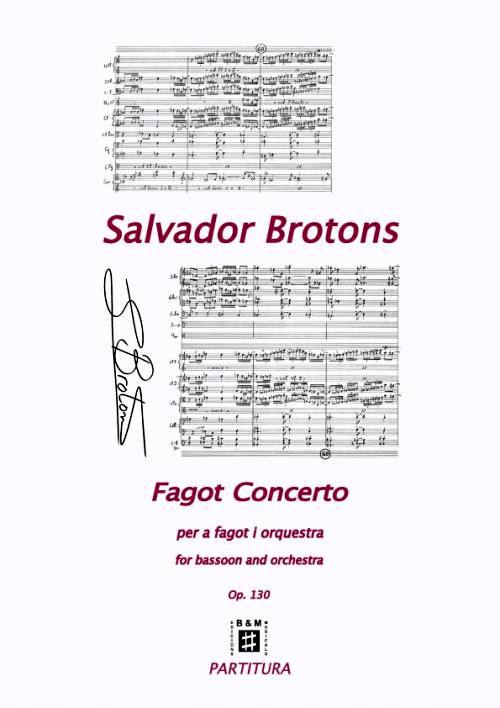 Structured in three movements, the sonata has a somewhat atypical form. The first movement is relatively short, like an introduction to the antiphonal dialogue between the piano and the soloist. This is followed by a rise in tension, which culminates with the main theme in ff in the orchestra. A varied solo cadenza by the soloist serves to link seamlessly to the Romanza.

Slow and harmonically expressive, this movement highlights the lyrical qualities of the bassoon in its entirety. It consists of a single theme with a growing interlude as a central part. The theme appears three times glossed differently in the last two appearances.

The last movement (Giocoso) is the most complete, consistent and developed of the three. It is a joyful and cheerful sonata form, shunning the farcical nature that too often has been associated with the bassoon. The first theme is typically bassoon-like (open, happy and articulated) while the second one is eminently lyrical, presented in the upper register of the instrument. After a varied development, a recapitulation follows which is principally modified by the appearance of the theme of the Romanza in the low register of the piano, while the bassoon plays arabesques on other themes. A virtuoso Coda, a little livelier, brings the sonata-concerto to a brilliant conclusion.