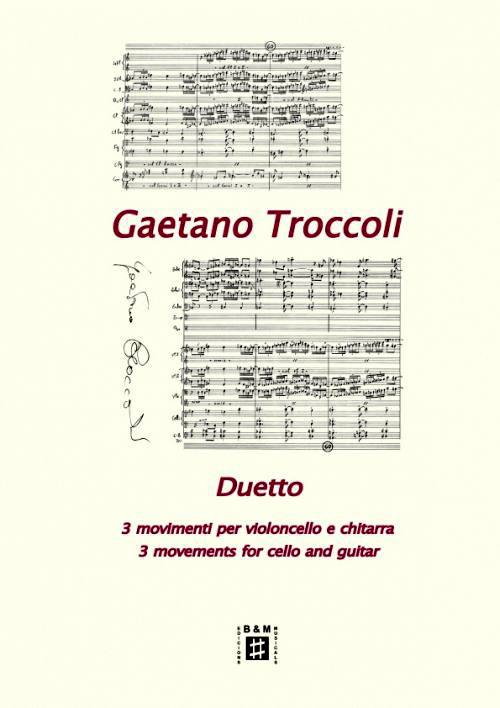 The composition is made of three movements, Adagio – Allegro (Tarantella) – Adagio, and has a concert-like structure.

The composition is made of three movements, Adagio – Allegro (Tarantella) – Adagio, and has a concert-like structure. The two instruments have an intense dialogue, which leads to a continuous exchange of roles, which takes us to a melodic discourse which is supported by the accompaniment. The first movement presents a situation made of looks and complicity, in the search of one another. In the second movement, the rhythmic and passionate tarantella marks a moment of freedom and vehemence of expression that comes together in the last part, which plays the role of an almost nostalgic song, based on harmonies constructed in the interval of the fourth.