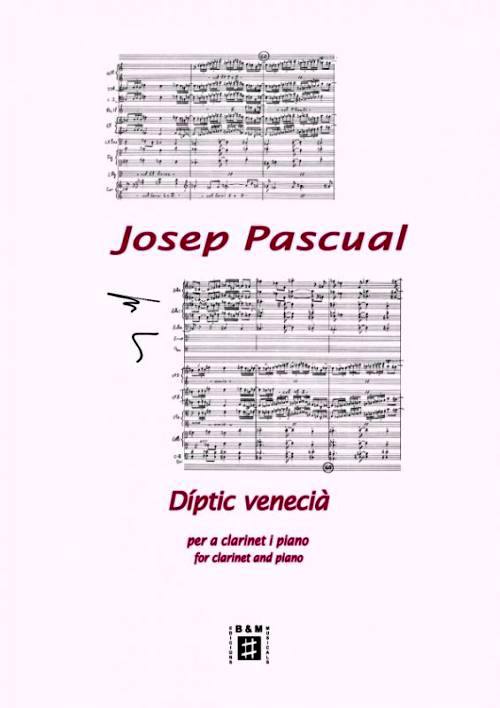 In 2007 I wrote a piece for oboe and piano called Buranel·la, very freely based on three themes of Baldassarre Galuppi, the 18th century composer born in the island of Burano, known in his day as Il Buranello. This work was unfinished and forgotten until five years later, when Josep Fuster asked me for a composition for clarinet and piano for his next CD. I wrote a recitative and an aria as the first movement and, as second, I recuperated Buranel·la, which I then completed in the version for clarinet. The piece became Venetian Diptych, the musical evocation of a magical city.