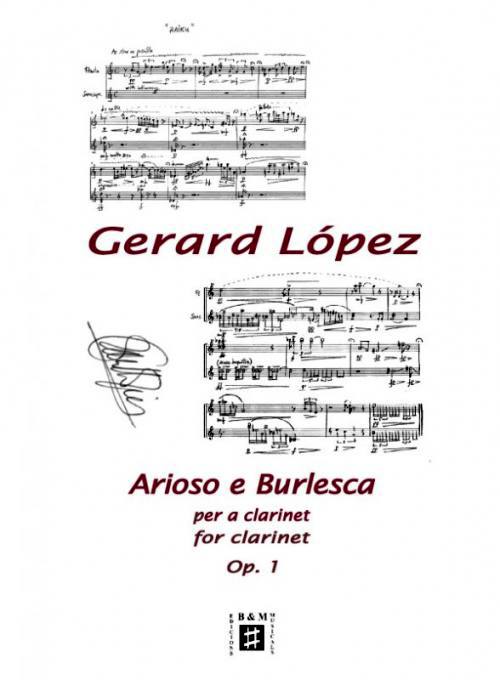 The Arioso, formed by long notes and descending fast motifs, is intended to be an aria, as its title indicates. The intimate and simple beginning leads to different phenomena of thematic and timbre transformation which moves into a first climax and finishes with the same static element that appeared at the beginning. The Burlesca is inspired by the third of Igor Stranvinsky’s Pieces for clarinet. Here I have used material formed by small repetitive cells with a playful character which become progressively transformed and recombined in a sort of mosaic of tiny pieces in which the rhythmic aspect plays a very important role.