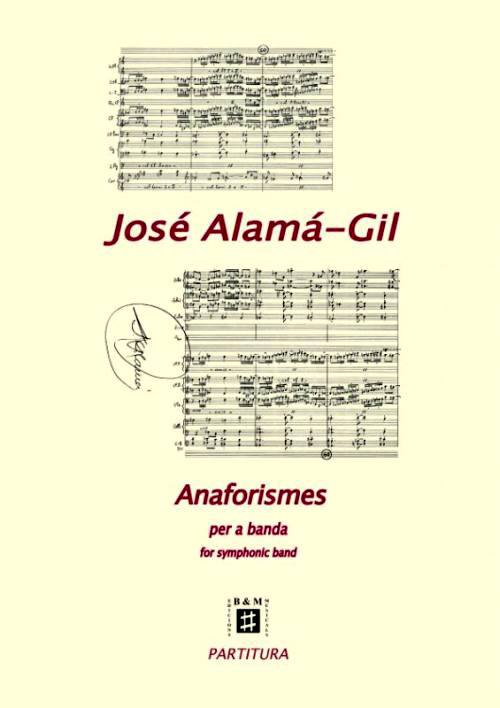 The stylistic resource of the literary message anaphora, (taken from the Latin anaphora and that from the Greek) is the use of a rhetorical figure similar to alliteration, which consists of a repetition of words (in this case, the musical cell) at the beginning of the phrases, either continuously or discontinuously.

In the same way, a prolific musical cell, used in musical composition, can be the germ of several conceptions, states, phases, moments, periods, situations, circumstances or attitudes in its geographical location in the score. At the same time, it can be the loyal transmitter, given an appropriate harmonic treatment, of loving, thoughtful, passionate, irritating, hateful, or affectionate feelings.

It also can be the initial element of a progressive sequence, the root of a pyramidal construction, or the central idea of a discussion among different solo or orchestra parts. Among other meanings in a musical composition, it can be the foundation of inspired scholarly phrases, it can be orientated towards the most romantic feelings, or even be the generating element of a mathematical order of development. Above all, and limited only by the composer’s imagination, it can be the generating element of musical projects orientated specially towards the communication among people.