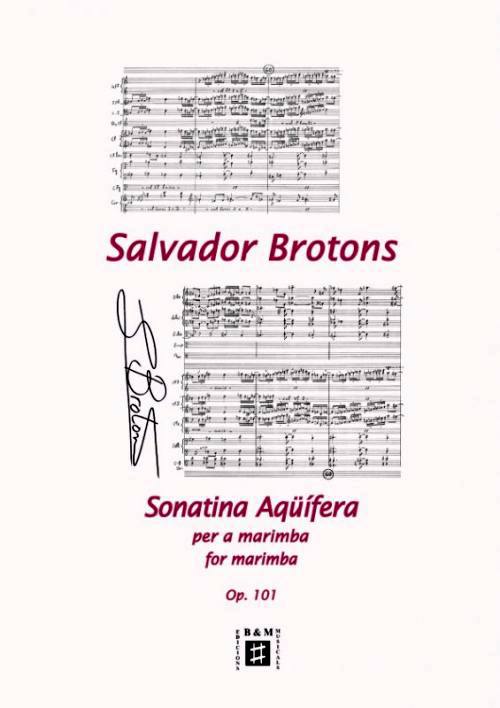 This was written by commission of the Fundación Canal to be premiered by the percussion player Rafael Gálvez within the Chamber Series of the Orquesta de la Comunidad de Madrid. Influenced by the sponsor, I wanted to find the inspiration for the Sonatina in water forms.

The titles of the four movements suggest their individual character, while the music seeks to explore the still little-known expressive possibilities of the marimba.

Waterspout presents a continuous water flow, which trickles from a fountain. The rhythm of the semi-quavers is constant throughout the movement in irregular meter, and is ceaseless until the end.

Waves has a slow tempo and the marimba, played with soft mallets, is presented as a harmonic instrument. The gentle tremolos represent the gentle movement of the waves with soft melodies and mysterious atmospheres where the low register of the instrument predominates.

Drops is a delicate scherzo with a drier sonority. In contrast to the preceding movement, the high register stands out. The short, sharp notes suggest the water drops of the title.

Waterfalls is a virtuoso and spectacular movement. Full chords in four voices, folded or unfolded in open position are presented throughout the movement, which is mainly loud. The title of Waterfalls reflects this pomposity and magnificence.