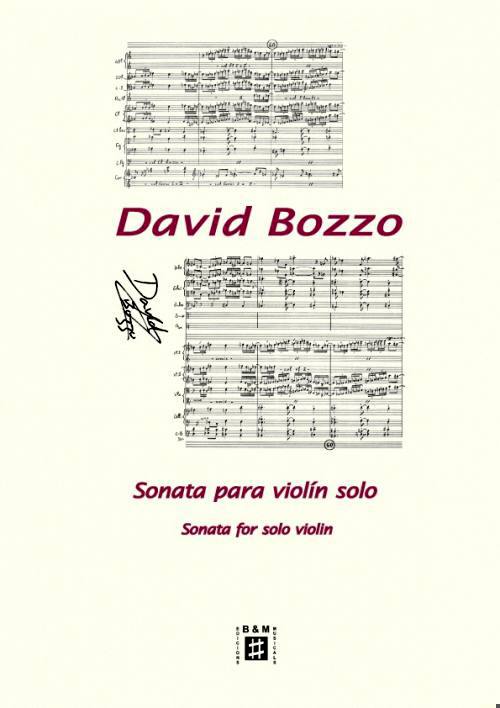 This Sonata for solo violin is built as an homage to Bach’s Sonata in G minor for solo violin. The work is commissioned by the violinist Francisco Jimeno.

The work was composed between November, 2013 and March, 2014 and it was commissioned by the violinist Francisco Jimeno within the framework of our collaboration, who also revised it.

In this work, the violin polyphony, already explored in the Bach’s Sonatas and Partitas for solo violin and many other works by contemporary and later composers, is led to its possible limit within a classical writing and a tonal language, either with the chord chaining, that builds a 3 or 4 part polyphony, or through a lineal polyphony, in which the set of voices takes place in a single melodic line.