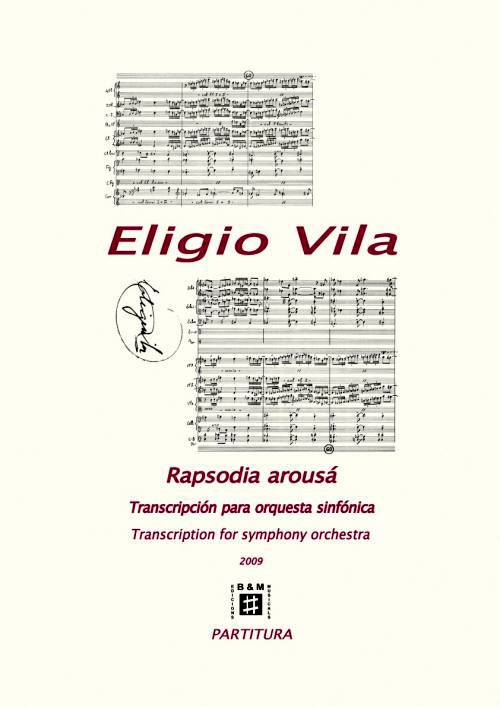 Rapsodia arousá, originally written for a symphonic band, was transcribed for orchestra at the request of maestro Víctor Pablo Pérez.

This work is not only an exaltation of the beauty of the Ría de Arousa, but also an evocation of the customs of rural, traditional, and folkloric society. Its melodies are eminently modal: Phrygian and Aeolian. The use of imitative counterpoint and the techniques of variation, together with a refined orchestration, form a piece with a marked symphonic character, stylistically framed within Galician musical nationalism.

Rapsodia arousá, originally written for a symphonic band, was transcribed for orchestra at the request of maestro Víctor Pablo Pérez.

It was premiered at the Palacio de la Ópera in A Coruña, on November 26th, 2010, by the Orquesta Sinfónica de Galicia, under the direction of Víctor Pablo Pérez. On January 4th, 2014, it was performed by the Orchestre d’Harmonie du Val d’Aoste at the Pont-Saint-Martin Auditorium (Italy) on the occasion of the New Year’s Concert. On June 30th, 2018, it was presented for the first time in America by the Orquesta Sinfónica Juvenil del Estado de Nueva Esparta (Youth Symphony Orchestra) conducted by maestro Ecbert Lucena at the Cruz Ávila Mujica Cultural Complex (Isla Margarita, Venezuela).