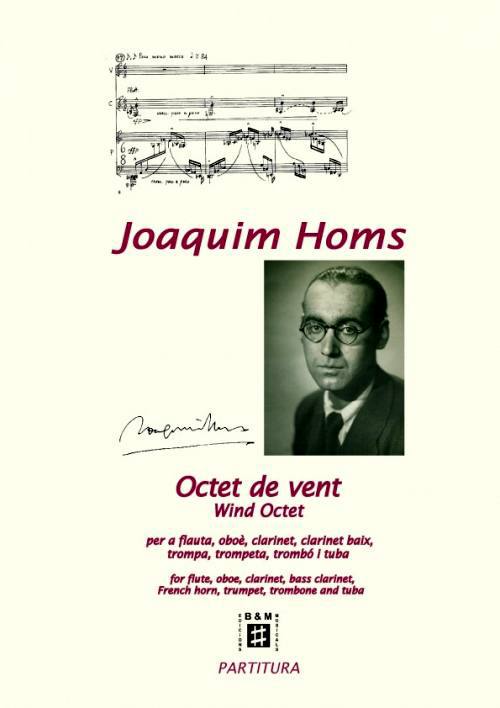 This piece is structured around three movements and lasts 10 minutes. Significantly, Homs was entering upon the bleakest period of his life. On May, 1967 he lost his wife, the painter Pietat Fornesa. In 1970, he was profoundly affected by the death of his teacher and friend Robert Gerhard, and 1971 saw the death of Joan Prats, his friend and coworker on musical iniciatives. In some way, this Octet already appears to express, with all its dramaticism, what the death of his wife meant to him. The composer lost the companion who, being a painter, shared his artistic concerns and deeply understood his ideas. If until then Homs’ work occasionally displayed a certain hermeticism and a kind of rationalism, with the influence of the illness and death of one who had always stood by him, the content gave way to a confiding tone. In some way the fact of composing became more than a question of aesthetics. Because of this painful experience, it now becomes invested with the overriding desire to comunicate. The style is more heartwrenching and epic. There is interiorization of the expressive content and the desire to communicate feelings. It is enough just to listen to the opening of this Octet to perceive a kind of downfall, a crumbling of an existence which stirs up sadness for all the lost moments, the outcry of the man on feeling forced to accept an irreversible fate.  F. Taverna-Bech