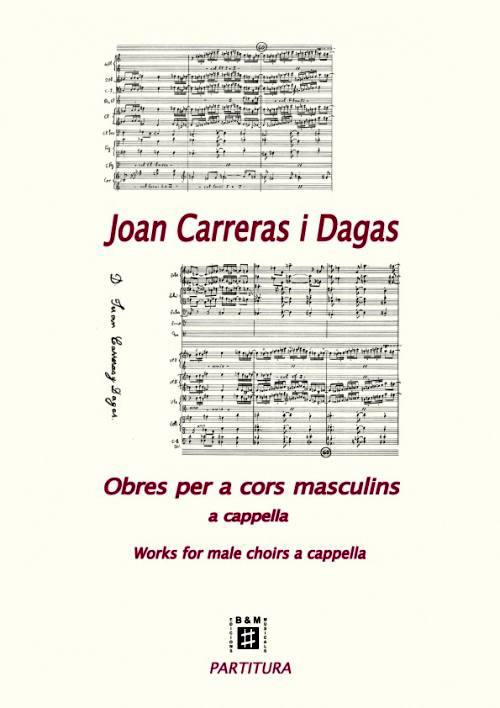 Obres per a cors masculins a cappella

The five works for men’s choir that we present have a clear popular theme and connect with the sardana and agricultural tradition of the last decades of the 19th century in Catalonia. These are works by Joan Carreras i Dagas and belong to the last period of his life, when he returned from France and moved to La Bisbal d’Empordà to work as a music teacher. All five are written for men’s choir, with two upper tenor voices, one baritone and one bass. It is aformation ensemble that connects directly with the Claverian ideal of the hearts of men spread throughout the territory in the last decades of the nineteenth century.