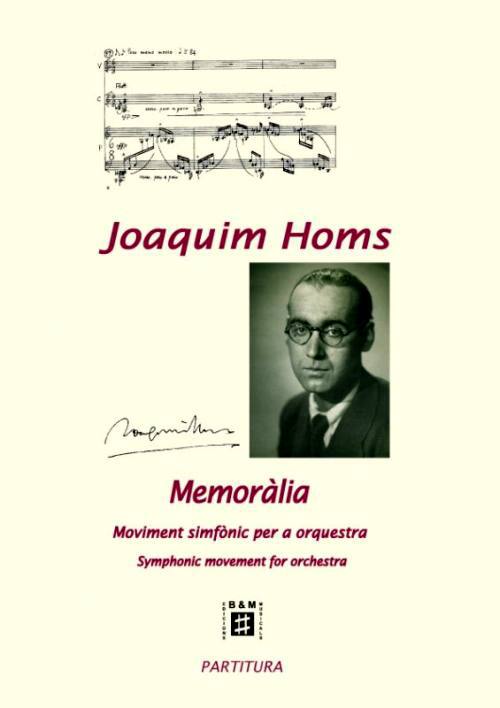 We are all aware of the role that memory plays in our lives and, as they are prolonged, the presence and meaning of the most remote memories intensify with respect to the more immediate memories, as we contemplate the past from a broader perspective. Likewise, the intervention of memory is primordial and essential to enjoy music to the full because, without it, it would be reduced to mere unconnected and meaningless sensations. It is no wonder, then, that in the latter stages of my long life I composed three works, two symphonies and a piece for chamber music, which include citations from previous ones. I titled the first one Biofonia (1982), the second one Rhumbs (1988) and this one Memoràlia (1989), a nonexistent word in the dictionary which tries to suggest intent and content. All three are structured in one polymorphic movement 12-13 minutes long. In the case of the latter piece, the 12 sequences that comprise it are based on short quotes from works of mine from 1925, 1934, 1948, 1967 and 1972. As can be observed by the dates of the pieces, they all express sensations and feelings that start with youthful illusions, continue with the questions of adolescence and periods of plenitude followed by setbacks which culminate in the last two, giving way to a certain serenity packed with memories from the past. (Joaquim Homs)