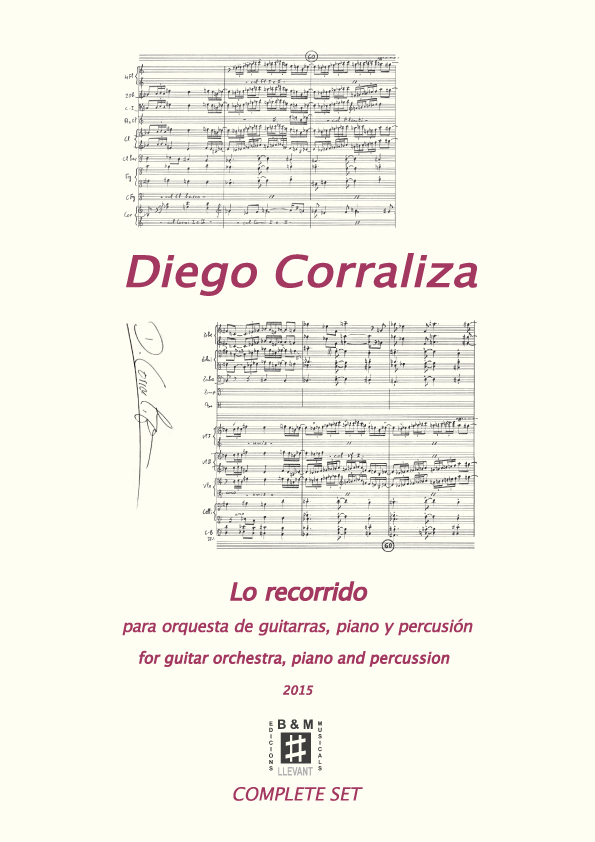 Elements like jazz scripts are incorporated by indicating only the chord numbers in some sections, and not only leaving freedom for their formation, but also allowing for solo improvisation by the musicians who wish to do so.

The title of the work, on the one hand, refers to the physical distance traveled, with the lived experiences that become part of those who share them. And on the other hand, it refers to a certain disposition of the notes of the chords, since “recorridos” is the name some jazz musicians give to fourth chords on the guitar. Therefore, we didn’t translate the title.