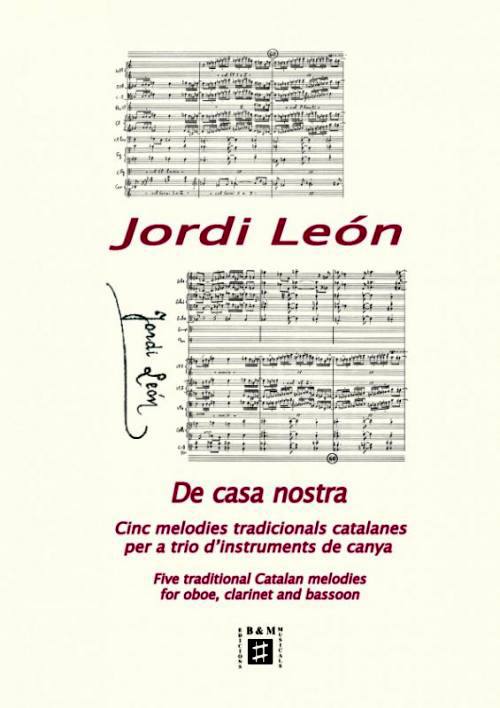 When I was choosing the songs, I decided to alternate real songs with dance melodies, along with a combination tonalities, modalities and rhythms that is habitual in a work of this kind.

Caterina d’Alió (Caterina from Alió) belongs to the genre of “washing songs” which women sang while washing clothes in the river and beating them. In this ballad, elements appear, on purpose, from the sardana version composed by Pere Rigau (1868-1909) at the beginning of the XXth Century.

La Gala de Campdevànol (The festivity of Campdevànol) is a dance of ceremonious character and lordly origin, which is found not only in the programs of Catalan dance groups (esbarts), but also continues to be present in the Ripollès town, Campdevànol, where it is danced every year during the town festivities, on the third Sunday of September.

La gata i el belitre (Cat and dog) is also one of our traditional songs under the name of La capta del llop. It is one of those pieces which has been the basis of several popular arguments.

Cançó del lladre (Thief’s song), according to Joan Amades, is “the most widely sung bandit song with the most harmonious and beautiful melody”. At the same time, it is a clear example of the existing connection between some of our traditional melodies and several dances from the Renaissance. In this case, it is a “tourdion”, of anonymous author, which is found in a collection of European dances from the XVIth century. The musicologist Enric Gispert (1925-1990) suggested this simbiosis, which today continues open to debate by those specialists who want to study it in depth.

L’hereu Riera (The Riera’s heir) is a song with a happy ending and is also a dance, and has been chosen to close this medley because of its popularity. With the preparation of these ballads, I hope to have contributed to the dissemination of the traditional Catalan music heritage within the universal chamber music world. I dedicate, posthumously, the edition of these pieces to Eugènia Sequeira (1953-2010), who was the person who initiated the present publication.