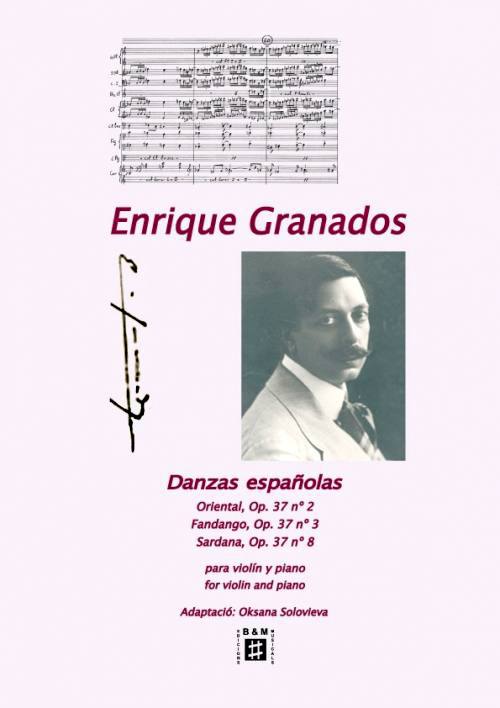 As a part and founding member of the “Granados Dúo” (violin and piano), I became curious why some works of Isaac Albéniz, Enrique Granados or Manuel de Falla attracted the interest of F. Kreisler, J. Heifetz y J. Thibaud while other works didn´t? Why the Opus 37 of Enrique Granados in particular never got to be arranged for violin and piano entirely? After carefully studying the existing material, finally I decided to complete it myself. The memorial year of the composer’s death (1916-2016) has become the inspiration to begin the work. These first three arrangements I would like to dedicate with acknowledgement and respect to the memory of the composer. The works contain middle difficulty and can be interpreted separately or as a cycle. (Oksana Solovieva)