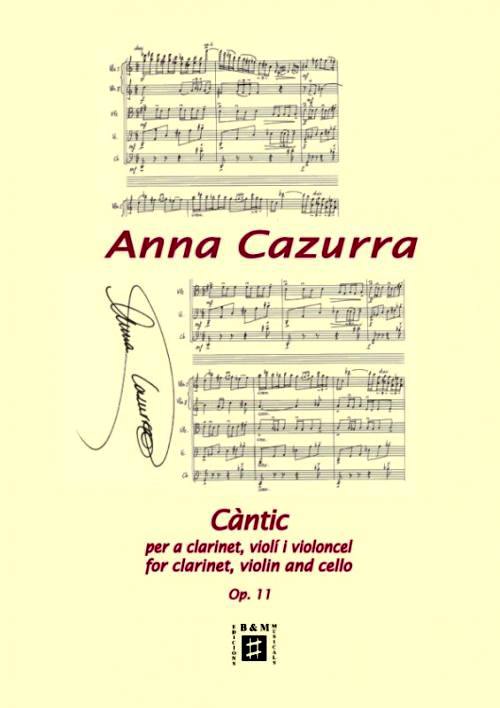 This work is constructed from the development of two themes, which produce two sections, the first which reappears modifications, giving rise to a ternary structure. The first theme is characterized by the dynamic and rhythmic contrast (emphasized by the alternation of the simple binary and composed binary compasses). The second theme provides an expressive mor lyrical, ans totally new character. Written in a single movement, the work begins with a daring dialogue with a syncopated rhythm between the violin and the cello in double strings, playing with de colours of the different harmonies created, while the clarinet adds brief melodic motives. The central part contrasts with the first section in the tempo, a lot calmer, and in the lyrical character of the melody developed by the clarinet. The violin and the cello create an accompaniment that provides a new tone, a series of harmonies that lead very discretely towards a climax. Here the initial theme appears again, but this time it provides a progressive dramatic tension that builds up until it explodes at the cadence.