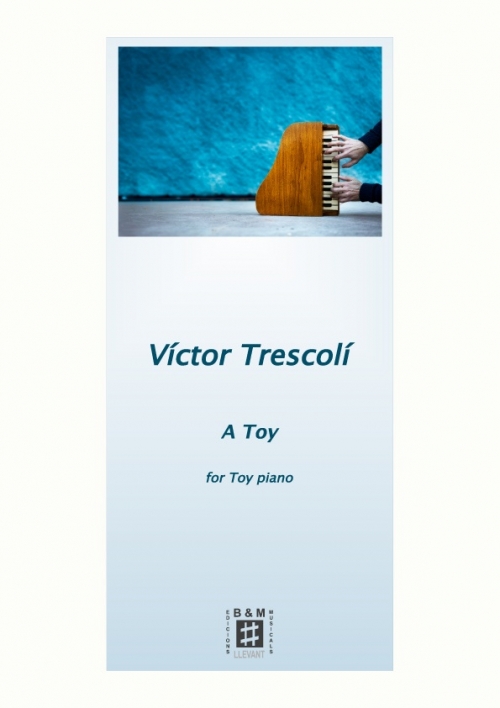 Víctor Trescolí Sanz returns with A Toy to the sound world of the Toy piano where, despite the size of this instrument, vitality and richness are very present.

The life of the toy piano begins in the 19th century, since its appearance dates back to 1872; little age for a musical instrument that has earned a place among the older instruments. The most famous example is John Cage’s Suite for Toy piano, composed in 1948 for a dance performance called A Diversion by choreographer Merce Cunningham. As Marcel Duchamp said, “poor tools require great skills.”

Víctor Trescolí Sanz returns with A Toy to the sound world of the Toy piano (he has previously composed a piece called Sons Petits) where, despite the size of this instrument, vitality and richness are very present. This Valencian musician boasts of an extraordinary technique, squeezing the capabilities of the Toy piano, an instrument already used by artists of the stature of Yan Tiersen, Pascal Comelade and Margaret Leng Tan. The toy piano, which Víctor uses, is from the French brand Michelsonne; they stopped being built in the 80s and have a very characteristic sound.