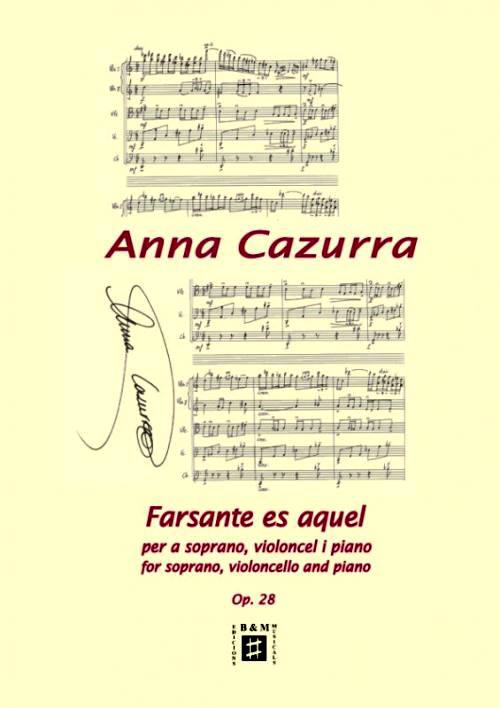 Farsante es aquel, for soprano, cello and piano, is an adaptation of the aria “Farsante es aquel” for soprano and orchestra, which is part of the masquerade in two acts El Farsante composed in the spring of 2004. The argument, inspired by autobiographical events which are subtly combined with fiction, presents an amusing situation in which comedy and irony predominate, converting this staged work into a strong critique of certain clichés about university life which can be extrapolated to the worlds of other institutions in which nepotism and inbreeding rule. (Anna Cazurra)