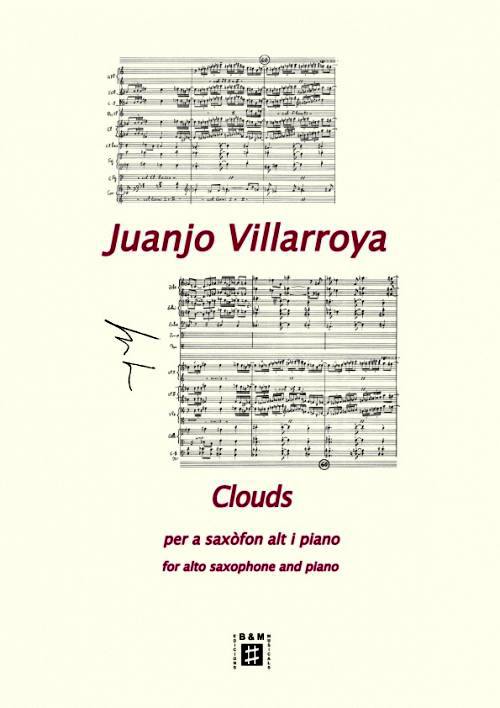 The written piece alternates parts without metric notation with others which have meter in the classical style. The texture has no serialization of any kind, and is based more on “chords” which are connected by attraction rather than by some kind of functionality. The harmony follows the pattern generated by the addition of chords, with the only relationship being that of the sonority of each with the other. In the same way that the generation of a cloud obeys random criteria and the rain that follows is suggestive of rhythms, the piece behaves in a similar manner, oscillating between random fragments and others that are rigorously rhythmic, as if it were an atmospheric phenomenon.