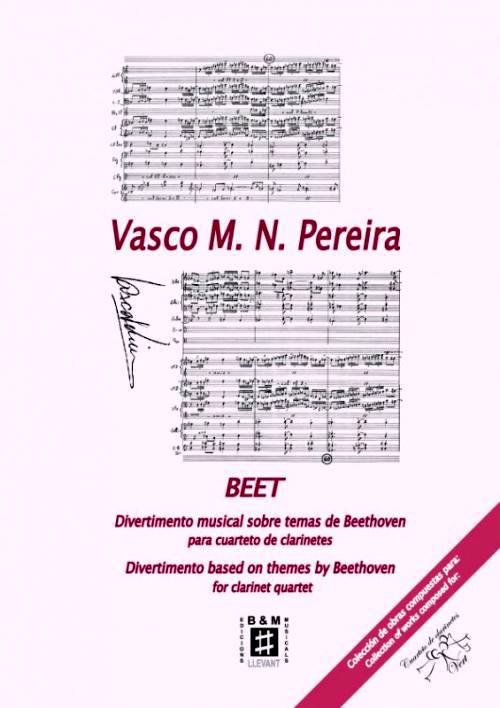 Musical divertimento on themes by Beethoven for clarinet quartet.

BEET, comes from Beethoven and is simply an entertainment, a musical joke with some of the most popular melodies of the great Ludwig van Beethoven. It is also a rediscovery that I made, as a composer, of Beethoven’s music, as seen through the eyes of a composer, not as an instrumentalist.

The themes are “dressed” with contemporary harmonies. The thinking behind the harmonies was as follows: What would Beethoven do now? Would he stay the same or change? I chose the latter.