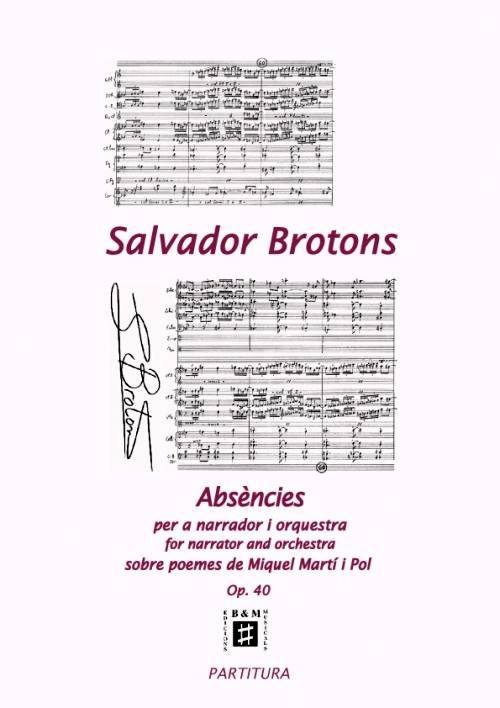 There is no doubt that the popularity, quality and value of the work of the poet Miquel Martí i Pol is well known. The fascinating musical sense of Martí i Pol’s poetry pushed the composer to know better and to study in depth his poetic work, motivated also by his direct communication and his clear and at the same time expressive language.

It could be thought that a collection of poems, composed immediately after the poet’s wife’s death, under the title Book of Absences, could be chants of profound reflexion and pessimism, full of dark and despairing overtones. Totally the opposite, Martí i Pol’s poems offer a broad spectrum of sensations, feelings and reflections. Absences, according to the composer, is not a collection of dark poems since besides the pessimistic feeling, one can find light, hope and love for live, perhaps surprising. The position of resignation, even optimistic of the poet, in such a hard moment in life, provokes admiration for his personality, not only as a poet, but also as a thinker.