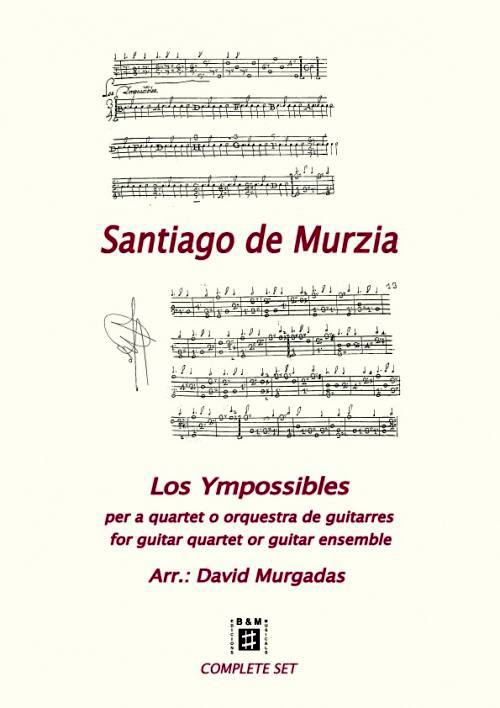 Los Ympossibles is a piece for baroque guitar called “Spanish guitar” in the XVII th and XVIII th centuries, extracted from the Codex Saldivar nº4. This book contains Santiago de Murzia’s manuscript, which was found in a bookstore in León de Guanajuato, Mexico, in 1943 by the renowned Mexican musicologist Dr. Gabriel Saldívar y Silva (1909-1980). It’s a work composed in the form of variations (diferencias) on a XVIth century ostinato bass, known in Spain as “Guardame las vacas” which that would be known in Europe as “Romanesca”.